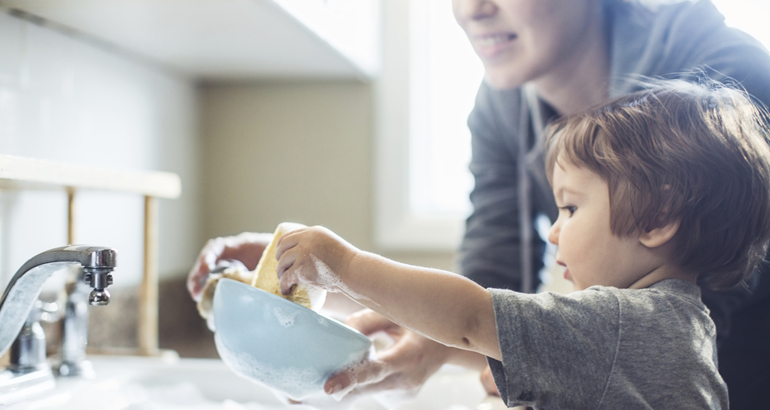 Two Illinois men are doing to the water heater what Nest did to the thermostat: Make it smart.Intellihot is a tankless water heater that analyzes water usage patterns and then automates the system to reduce the amount of water and heat used.

After returning home in 2005 from a vacation to a basement flooded by a water heater, Sridhar Deivasigamani, 39, decided that there must be a better solution.

So he teamed with then-fellow Caterpillar engineer, Siva Akasam, also 39, and both began working out of their basements to figure out a better water heater system.

“Most Americans have a giant bathtub in our basements,’” Sridhar Deivasigamani said. “We don’t realize this until it breaks open and floods. We have 40 to 80 gallons of water that are kept hot for 24 hours a day that provide a limited quantity of water. When it fails, it’s catastrophic.”

Deivasigamani decided that the new device should heat and deliver water only when needed.

“We reversed this, and have a smaller storage tank and a large flame,” he said. “By adding a larger burner and being able to think of it as a stick shift car with an infinite number of gears, it’s able to go from 100 miles per hour down to one mile per hour with the same burner. It gives us efficiency and the ability to provide lots of hot water.”

Neither of the Peoria men — nor their 40-odd employees — have a background in water heaters, so they were able to think outside the box when it came to their system, they said.

“It became obvious after it had been made — why hadn’t people done that before?” Akasam said.

After the system learns your typical use patterns, hot water will be ready on demand if you’re showering at your usual time — and its residential-sized heater can support three showers running simultaneously. The Intellihot water heater is about twice as efficient and saves 30 percent more water than a standard water heater, Deivasigamani said.

If you shower at a time outside of your norm, it will take about the same time to heat as if you had a traditional water heater, Deivasigamani said.

The residential water heater, which sells for $3,500-$4,500 (in line with standard tankless systems), is the size of a carry on suitcase, is also a dual use water heater/boiler for homes that have radiant, baseboard or fan coil heat.

The heating system also monitors outdoor temperatures to decide how quickly your home needs to be warmed or chilled.

“It works with the thermostat and looks at what the outdoor temperature is and decides how much heat you’ll need before the weather changes,” Deivasigamani said.

The water heater is also sold to hotels, hospitals and federal correction facilities throughout the United States and Canada through wholesale companies — and all the production is done in a 26,000-square-foot Galesburg facility.

“We don’t run out of hot water anymore,” Barrack said. “On heavy usage days, we had been running short on hot water, and now we don’t. On slower days, it saves us 40 percent on natural gas prices.”

The founders said they self-funded Intellihot using about $100,000 from 2005 to 2009 before doing a friends and family round in 2009 when they moved from concept to production.

In 2012, they officially launched, though they declined to reveal revenue to date. They said they’ve sold more than 1,000 water heaters and have expanded to more areas of the Galesburg facility.

Intellihot is a portfolio company of the Hyde Park Angels, which declined to disclose its investment. It typically invests between $250,000 and $1 million in initial rounds with its portfolio companies.